You are here: Home / About

My Story
At an early age, Jesse learned that photographs and videos captured priceless moments and made lasting memories. It wasn’t until he actually got behind the lens, did he realize that not only did a camera capture what his eyes could see, but what could be envisioned beyond the physical realm.

Jesse Vargas began his journey in 2017 as a writer at a start-up company for creatives, Kulture Hub. After experiencing a nationwide tour, the founding of Vargas Visuals, and a relocation to New York, he then transitioned to become Head of Video Production for Kulture Hub. His ability to create content that translated visually to their audience gave the company the much-needed brand recognition to catapult them toward a wider viewership. Since then, Jesse has also become Co-Founder of the production company, Final Focus Films, and Co-Manager of Kulture Hub’s social media platforms. Book us!

Let Us Help You Grow Your Business

As a creative who can provide the complete media package for your company, Jesse’s skills and experience as a film director, photographer, editor, and writer, are guaranteed to give an edge to his clients. Whether you’re looking for original content, brand recognition, or product/service features, Vargas Visuals’ team can and will deliver.

Ready to get started with your project?

Let us help you take your video marketing to the next level.  LET’S WORK TOGETHER 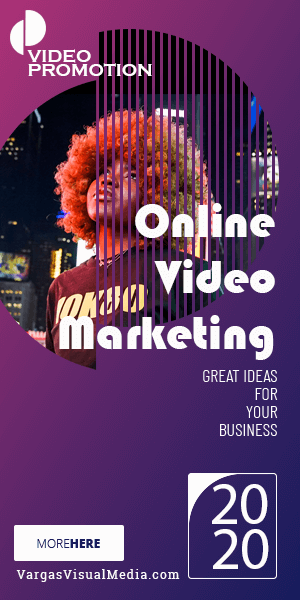